UPDATE!  Queen Mab is LIVE!  Grab your copy on Audible, Amazon, and iTunes! 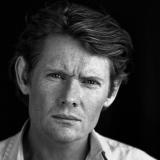 I am so pleased to announce that one of my favorite actors in the world is locked in a studio right this very moment and is being forced to record the upcoming Queen Mab audiobook... erm... wait...  I mean, he graciously agreed to lend his dulcet tones to bring my book Queen Mab to life.

I've been a huge fan of Julian Rhind-Tutt (Green Wing, The Hour, Blandings, Banished) for years and if you're lucky enough to live in the UK, you get to hear his voice regularly on BBC Radio.  Lucky ducks.

A little history of this project: as many of you know I'm a hybrid author with titles both traditionally and indie published.  Back in 2013, a wonderful publisher made a five-figure offer on Queen Mab. I ended up turning it down.  Since then, my feelings on that decision have fluctuated between "best decision" and "worst mistake" of my life.

What it came down to and the reason I walked away, though, was the issue of creative input on the audiobook.  These things last forever.  These things will be what my great-great-grandnieces and nephews share with their children and say, "This is what your dead ancestor did with her life."  You don't think about these things when you sign your first contract.  But you start thinking about them rather seriously when you begin to understand, viscerally, what signing something over until 70-years-after-your-death means.

In 2013, I had no power.  In fact, that's sort of a running theme for authors in the publishing world - very rarely do we get to say, "I like this cover" or "I want this voice."  And let me make this clear, the publisher who made the offer is actually one of the better ones out there and even so, couldn't guarantee me a say on the narrator.

And so I politely declined and decided to sit on this project until the day came where I could get it done in such a way that I could be proud of it.

Enter ListenUp Audiobooks.  A little over a month ago, I received a notice from Kobo that they had teamed up with ListenUp Audiobooks to make self-publishing possible.  I had a phone call with their team and the conversation went like this:

Me:  I'd really like Julian Rhind-Tutt to narrate this book.
Them:  FYI - We do have some narrators in house that sound similar.

(NOTE: This is where the conversation usually breaks down with a publisher.  Usually they decide someone "similar" is good enough.  I have come to believe, though, that audiobooks are an art form. I believe they should be more than "not terrible" or "did the job" or "well, they were willing to do a royalty split on ACX."  They should make you feel something - like going to a play or listening to music.  I believe the voice is actually even more important than my words.  And so, I believe audiobook talent should be more than a line item and the role of the narrator should be awarded to actors and artists who are experts in their field rather than to a "similar, yet more cost effective" voice.)

Me:  No, I'd really like him.
Them:  Cool!
Me:  *stunned silence and shock, waiting for the other shoe to drop*
Them:  We got your back.

And they made it happen.  They made what several Big 5 publishers were not willing to make happen.  They arranged international contracts with his agents, studio rental across  The Pond, and today?  This actor I have admired so much is speaking my words into a microphone, words that will last 70-years after my death.  I could not be more honored to have his voice be the legacy of this project.  Look for it in July.