It was the eve of my final day at RADA.  Four weeks had flown by.  Kind of like that slump you get into living in a city (you know, where it takes leaving NYC to actually get yourself out to the Statue of Liberty) I found myself thinking I had not seized as much of the days as I should have.

There is also this weird vacuum during the summertime.  All of the shows are geared towards the tourist.  If you are making plans to visit and seeing a mind-blowing production is on your agenda, go in September.  Go in January.  In the summertime, you're stuck with big commercial musicals and visual spectaculars (*as I paint with wide, generalizations).

But you can find some treasures, such as the fare at the National Theatre. 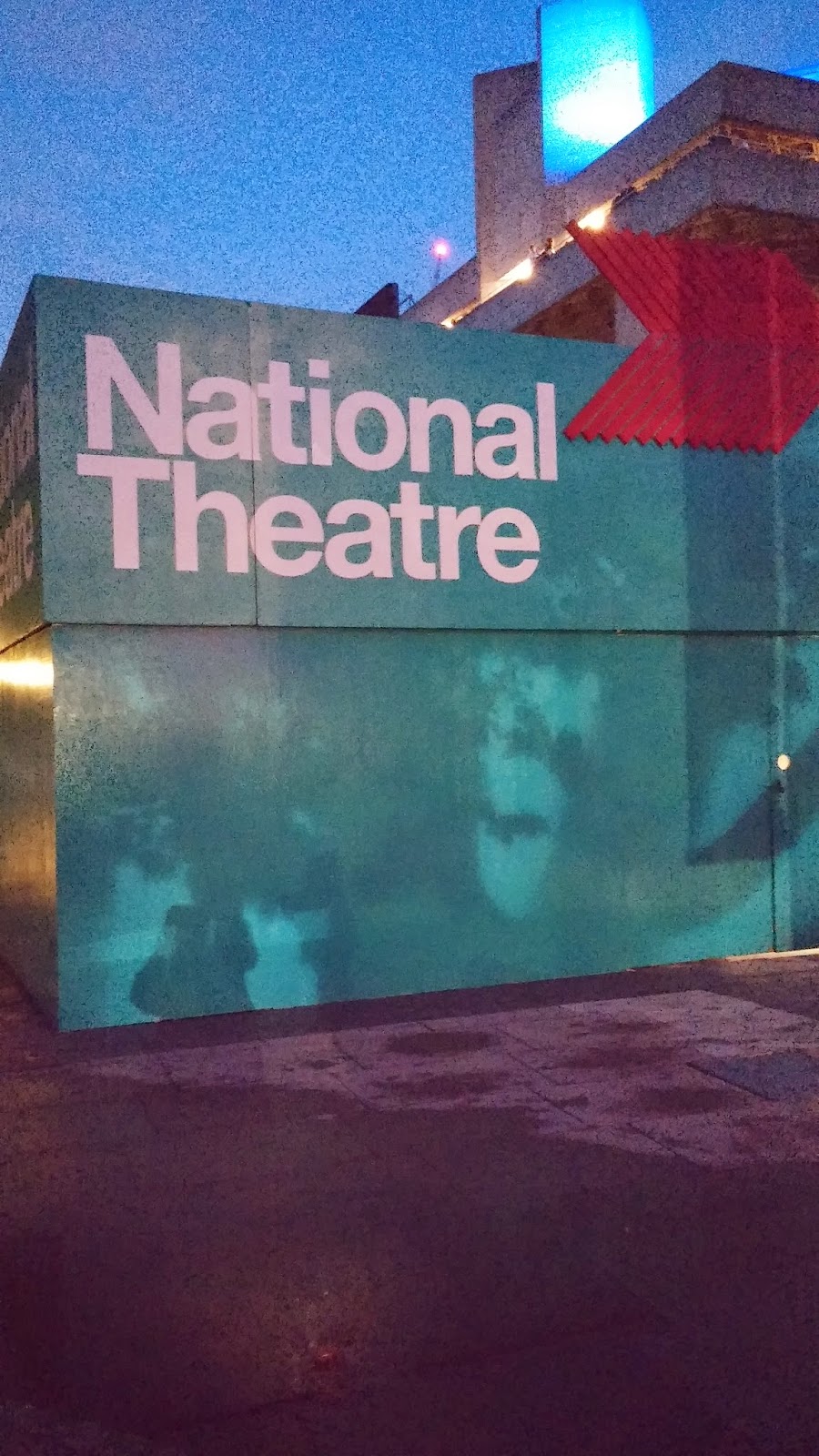 Some of the RADA gals, and a producer I sat next to at Streetcar Named Desire, had recommended Medea (which you can see a broadcast of via National Theatre Live.  They are so brilliant to do this.  I wish that Broadway would incorporate this sort of thinking into their productions.) starring Helen McCrory.  The show was sold out but a few last minute seats were released the day before, and I grabbed one.  It was bloody.  It was heart-wrenching.  Helen McCrory acted her guts out.  It was everything you want Medea to be.  The all-female Greek chorus was made of modern dancers dressed in pink 1950s dresses that got muddy and torn as the play went on.  They used an arm twitch, a foot pulse to accent the rhythms and horror of the words.  A live band scored the action the entire time.  The set was a perfect little mid-century modern house built atop a haunted forest.  Beneath the pretense of everyday life, the darkness grew. 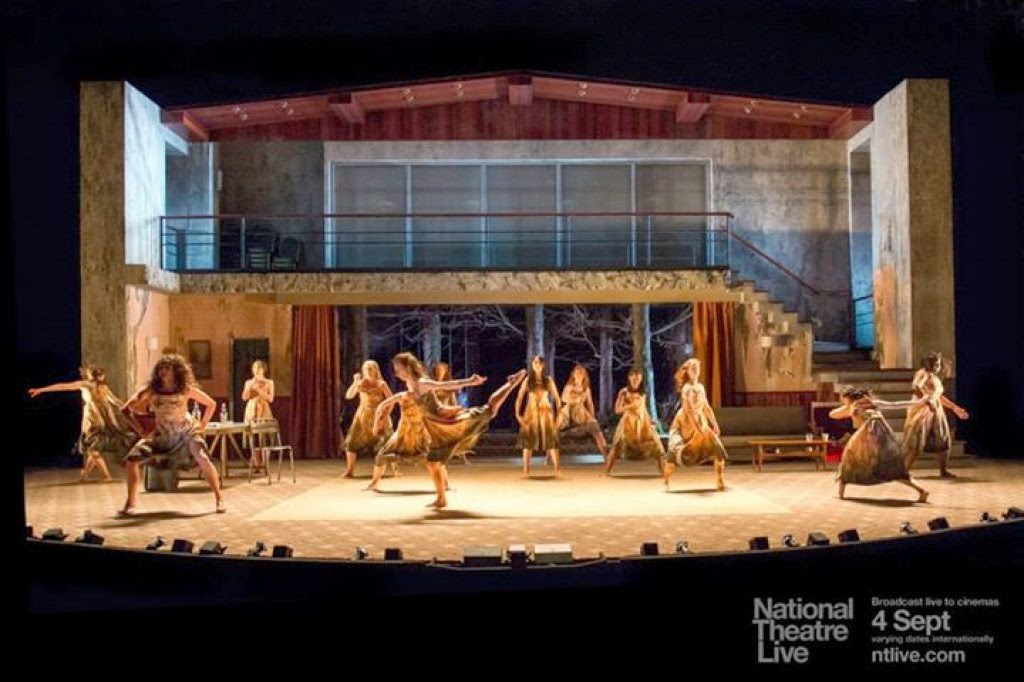 It was 90-minutes without an intermission and moved like a freight train.

I was struck with how gutsy this play was and how it was completely sold out.  The National Theatre is a non-profit theater which produces edgy, challenging works.  Every seat was filled. Score one for art!  I love it when audiences prove they are hungry for huge ideas and will support theater that makes them view the world differently.

The other thing that the National does is they make it affordable. 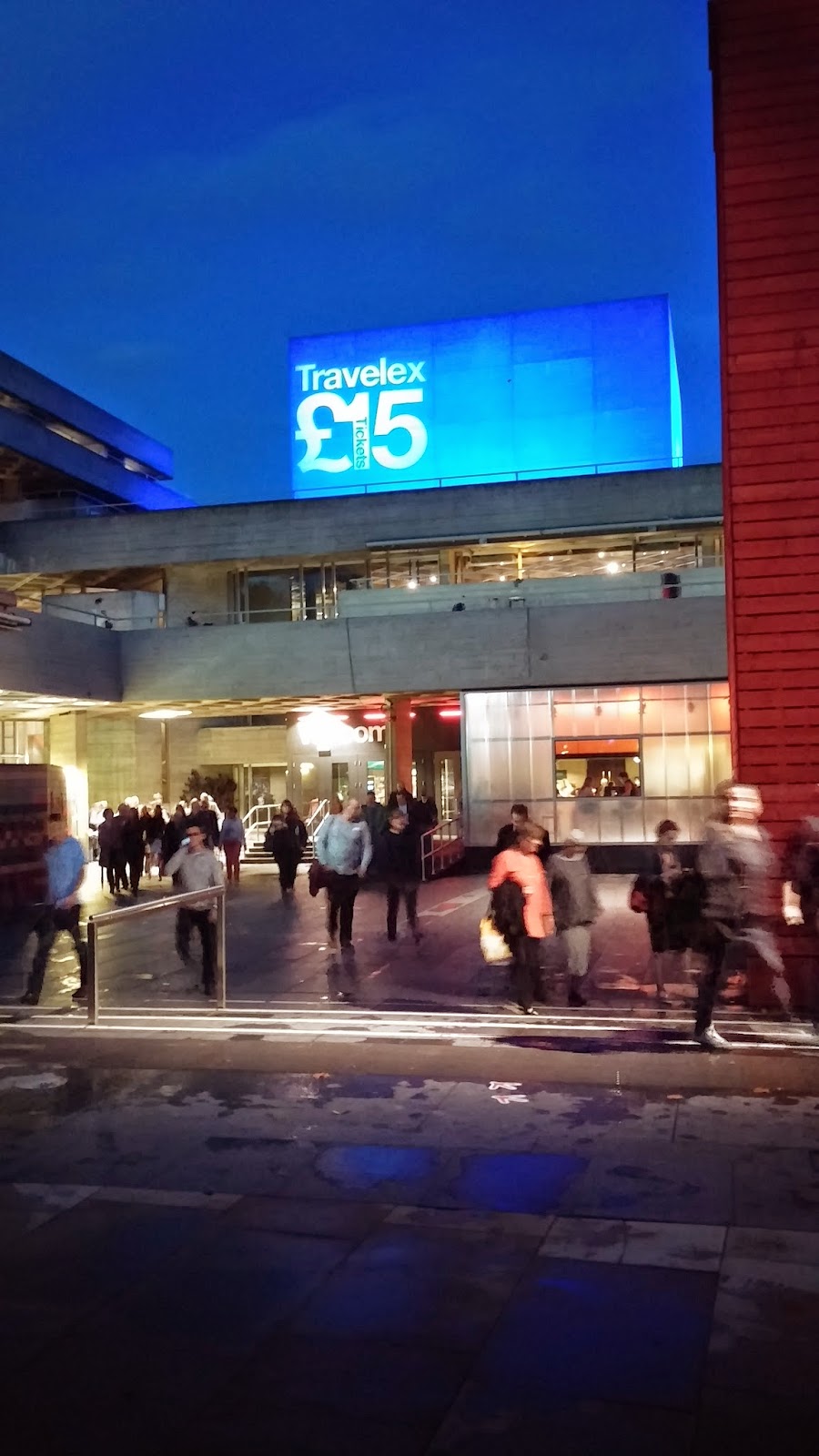 A recent study showed that per capita in the U.K. more people attend theatre than sporting events.  You can feel what a difference that makes.  It's important.

Anyways, the closest underground station was undergoing renovations, which meant I had a lovely evening stroll along the South Bank.  I ran across this cool skate park tucked next door to all sorts of schwank restaurants. 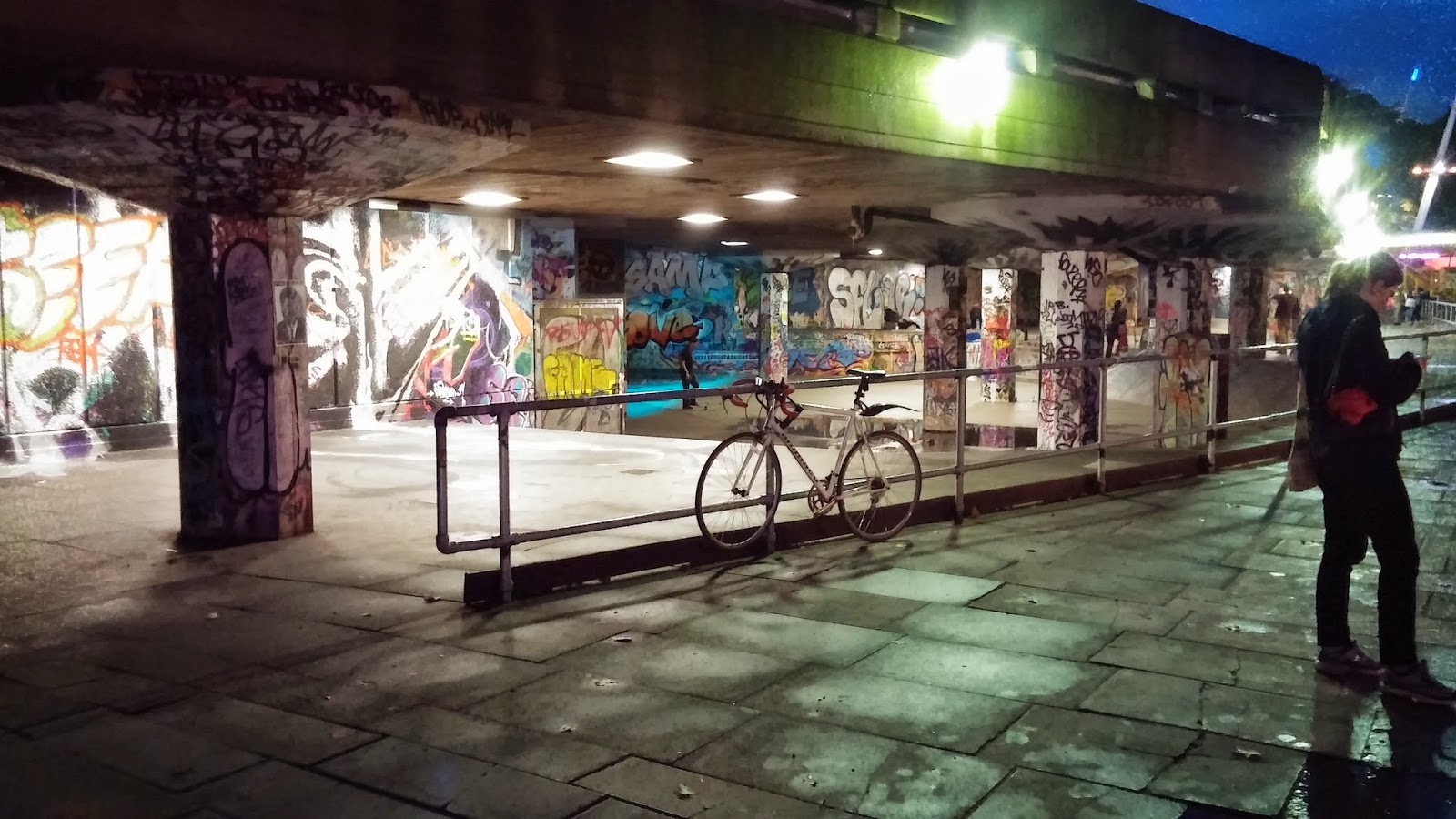 I strolled across the Thames to my tube station. 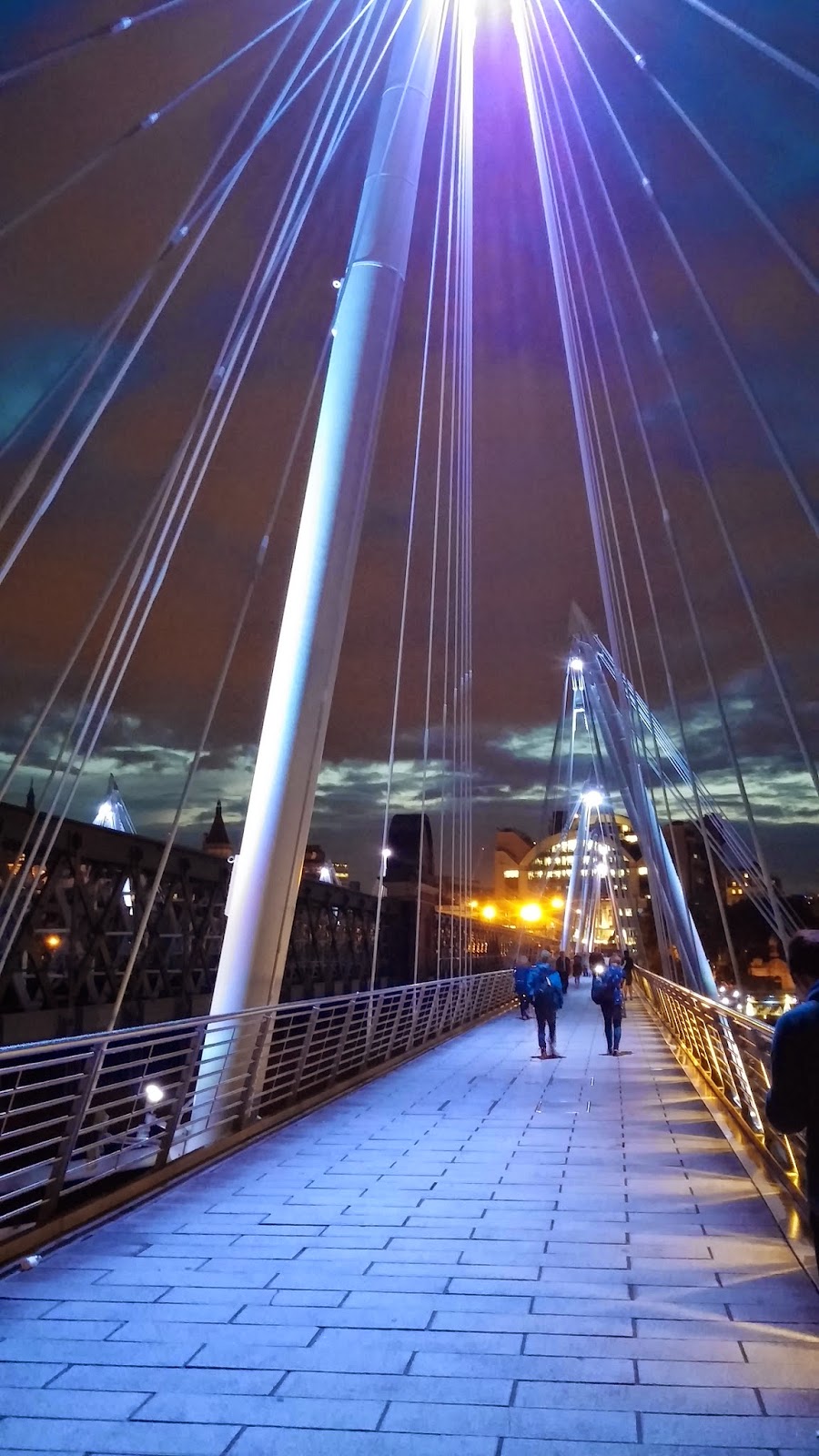 And got a view of one of my favorite buildings in the city. 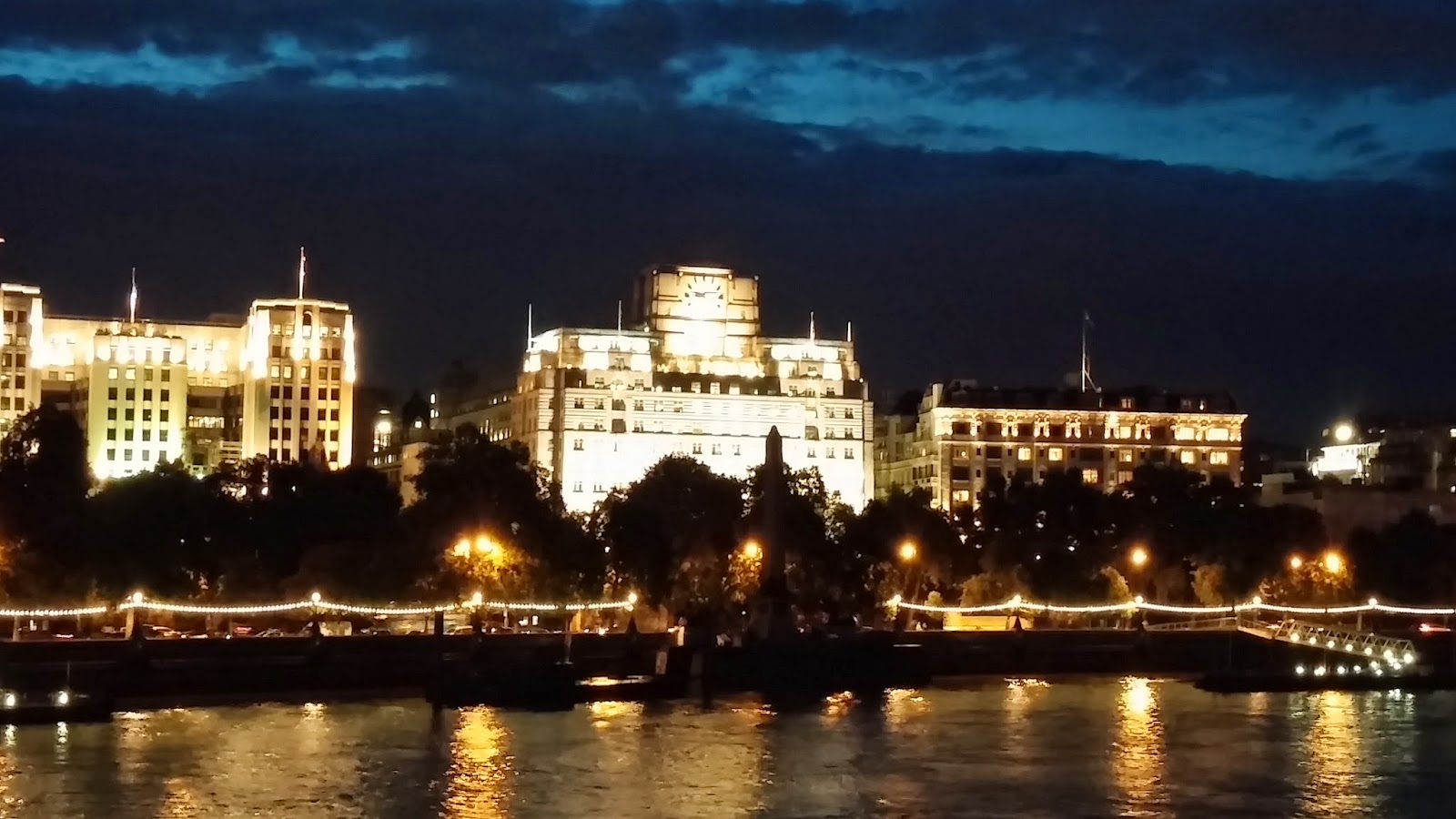 Just a quiet stroll in the quiet night, my head full of thoughts knowing that tomorrow would be my last day at RADA and the start of a brand new adventure.
Posted by Kate Danley at 9:20 AM