Every morning I rise and look out my window to see this older couple busily at work in their shop. 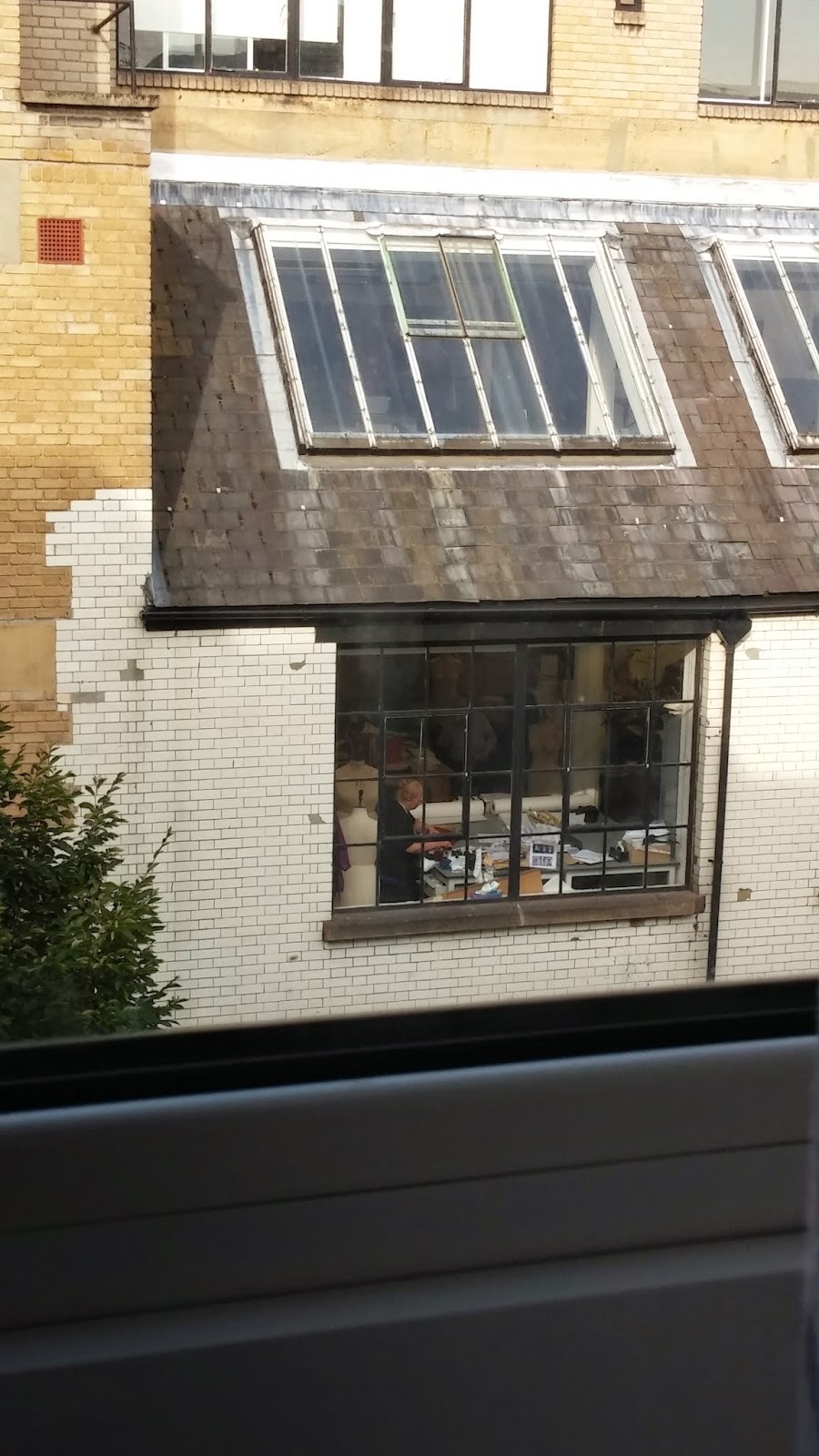 I often wonder about their lives.  What are they sewing?  Who are they sewing it for?  Are they tailors?  Costumers?  Fashionistas?  Every morning, though, they are up before the dawn like Cinderella's mice.

Sometimes, on a Tuesday, you decide not to eat in the cafeteria with your classmates and just stroll around the neighborhood to find a nice sandwich.

And then you realize you are about four blocks from the British Museum and so you spend your lunch hour with the Rosetta Stone, eating lamb & mint hot dogs in front of the building. 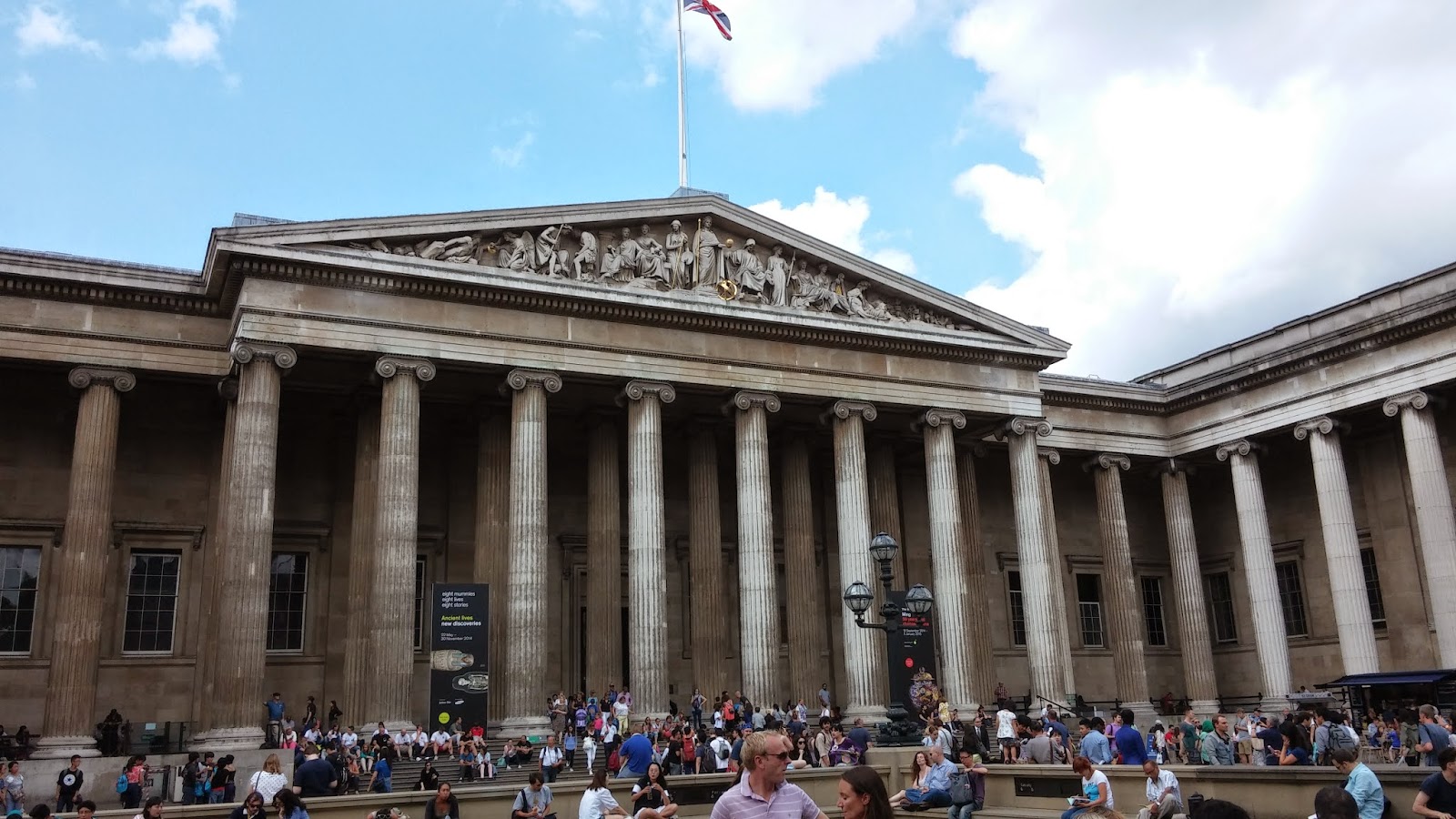 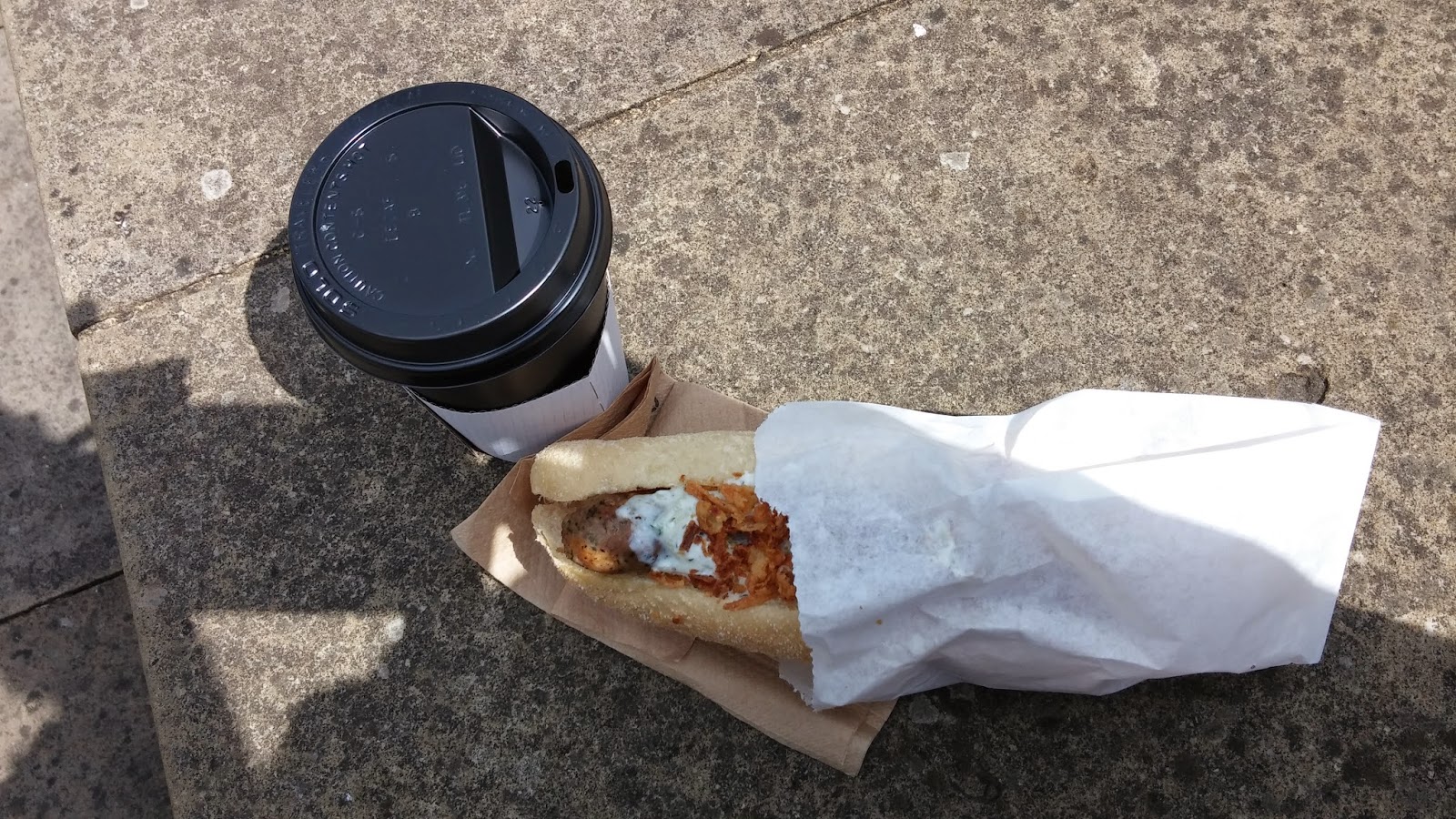 You share your lunch a bit with the pigeons, even though the sign says not to.  They are such well mannered pigeons, hanging back until you are done.

And sometimes you decide to go stand in line for two hours to see if you can get a returned ticket to a sold out production of Streetcar Named Desire starring two of your favorite actors, Gillian Anderson and Ben Foster.  And five minutes before the show, there is a ticket someone didn't want and it is for one of the best seats in the house.  And the show is glorious, and the actors are better than you thought they could ever be, and you sit next to a Broadway producer who is watching to see if he'd like to bring the show across the pond. 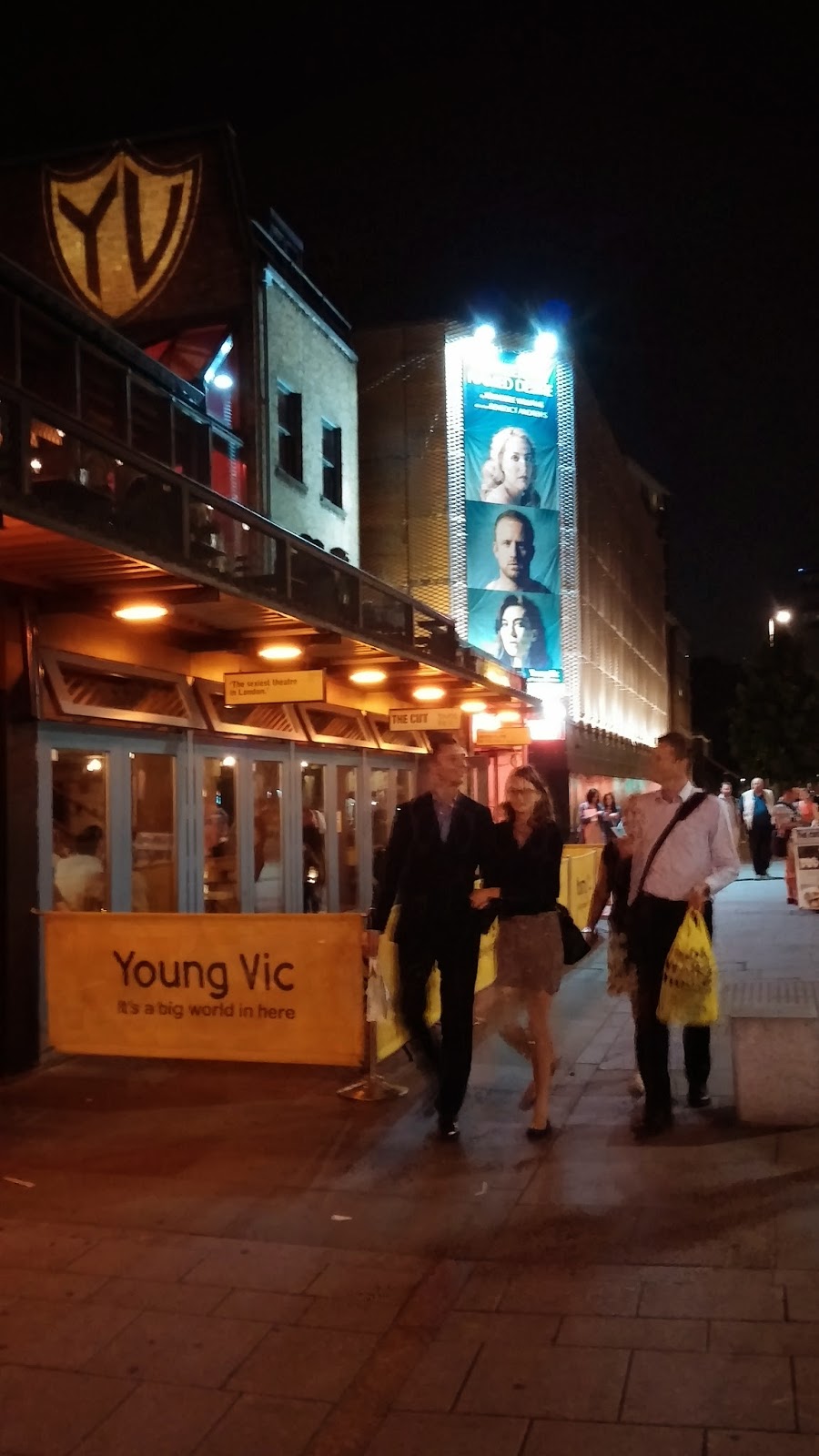 Sometimes you have a Tuesday like that.
Posted by Kate Danley at 1:16 PM