After a filling breakfast of all the five major food groups of Cadbury chocolates, I'm off to 221b Baker Street and then the London Library to see if I can check out an original Folio.  Will check in this evening!

Checking in to say I had a lovely day!  Just got back from seeing Rufus Sewell (Zen) on the West End.  Phenomenal performance.  Also hit the Sherlock Holmes Museum (they decked out a townhouse with all of the details of Sherlock Holmes's apartment in the books), saw Kings Cross and Platform 9 3/4 from the Harry Potter books, strolled through Regent Park and hit the London Zoo (best tiger exhibit I've ever seen and made it just in time to catch their birds of prey show.  I guess a whole lot more people out here hang out with falcons), went to the London Library and took a gander at a Shakespeare First Folio, the Magna Carta, Jane Austin's diary, and scores handwritten by Mozart, Handel's Messiah, Mendelssohn, and Beethoven (sloppy handwritting, that Beethoven).

I have not seen Selfridge, but I'll put it on my "to find" list!  I saw a crazy supernatural murder mystery on the BBC last night starring Ab Fab's Patsy and Green Wing's blonde doctor (whose lived with Caroline) in serious roles.

The only internet connection I have is down in the hotel lobby and I haven't found a Starbucks.  I'm sure there is one here somewhere.  But I'll be back Friday afternoon and will call you then.  It is practically here!  Time is flying!

Anyways, time for me to head to bed.  Grand adventures for tomorrow!  Love you!

I hopped onto the Tube from Paddington to Baker Street to see what my old chum, Sherlock Holmes was up to.  If you are going to be in London, you have to at least see what odd little building stands at 221B Baker Street. 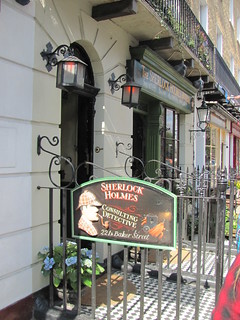 It turns out that it was a museum.  A Sherlock Holmes museum!  Some enterprising soul bought out the townhouse which stood there and turned it into Sherlock's home.  If an object was mentioned in the books, it was in the apartment. 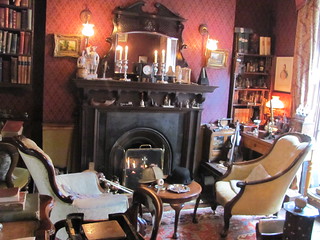 I lined up with the masses and was happily snapping pictures when a girl in front of me asked if I would take her picture in front of the 221B.  And I asked her if she would take mine. 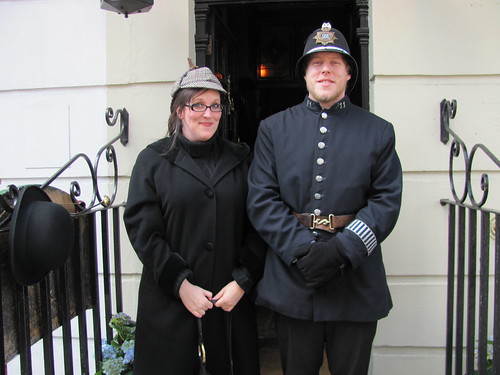 And then we struck up a conversation.  She was from Spain, visiting for two weeks, traveling by herself, and suddenly, we were friends.  We walked through this crazy little museum taking pictures of each other and oohing and aahing and going through the gift shop and figuring out how many pounds were in a dollar and Euro.  As we left, she asked if she could kiss my cheeks.  I was so European!

I ate a terrible panini sandwich consisting of some tasteless cheese and four olives on some flat bread.  Then decided to hunt down Primrose Hill, which is evidently this hill that gives you a spectacular view of the city.  It said on my map it was on the other side of Regent's Park.

I did not really understand how big Regent's Park was.

But halfway through, there was a little old church which had been converted to a coffee shop and featured "brewed coffee". 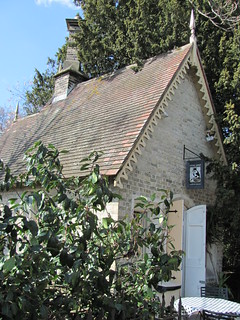 I walked through the park, the warm cup in my hand as joggers raced by and couples sat beneath winter trees.  There was a water fountain from ancient days.  Both weather and acid rain had taken their toll. 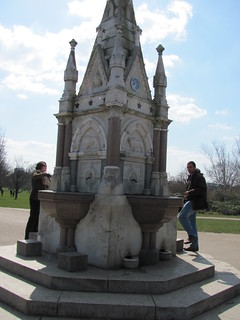 By the time I got to the far end of the park, I decided to scrap my Primrose Hill idea in lieu of checking out the London Zoo. 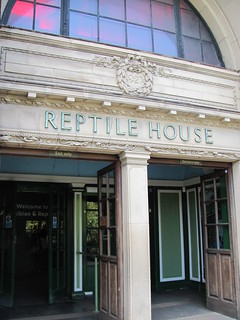 Only after arriving home would I find out the reptile house was the one from Harry Potter.  The tiger exhibit was the best I'd ever seen.  There was a birds of prey show, and none of these birds were injured and taken in.  No, this is just what people do here.  They falcon.  I sat on a grassy hill and watched as the birds dove.

It seemed rather silly to spend so much time at a zoo when you can see a penguin anywhere. 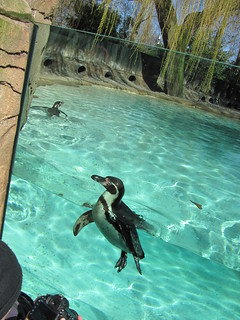 But he kept coming over to say hello.  And what can you do?  Be the jerk who blew off a penguin?  There was something lovely about it all... the winter... the happy families..

There was a tall brunette man by himself at the zoo, too, and we were on the same exhibit path, running into each other again and again, sharing a smile and a polite word.  We might have been timing things just so that we would keep meeting at every other exhibit.  Sometimes you play these games with strangers.

As I left, I decided to catch the bus back to the tube station and a mum with her pram asked me for directions and was surprised to learn I was American.  Me!  Mistaken for a local!  I helped her onto the bus and to find her way back to Baker Street Station.

I didn't know what to do next, so I just walked, and discovered King's Cross Station and Platform 9 3/4. 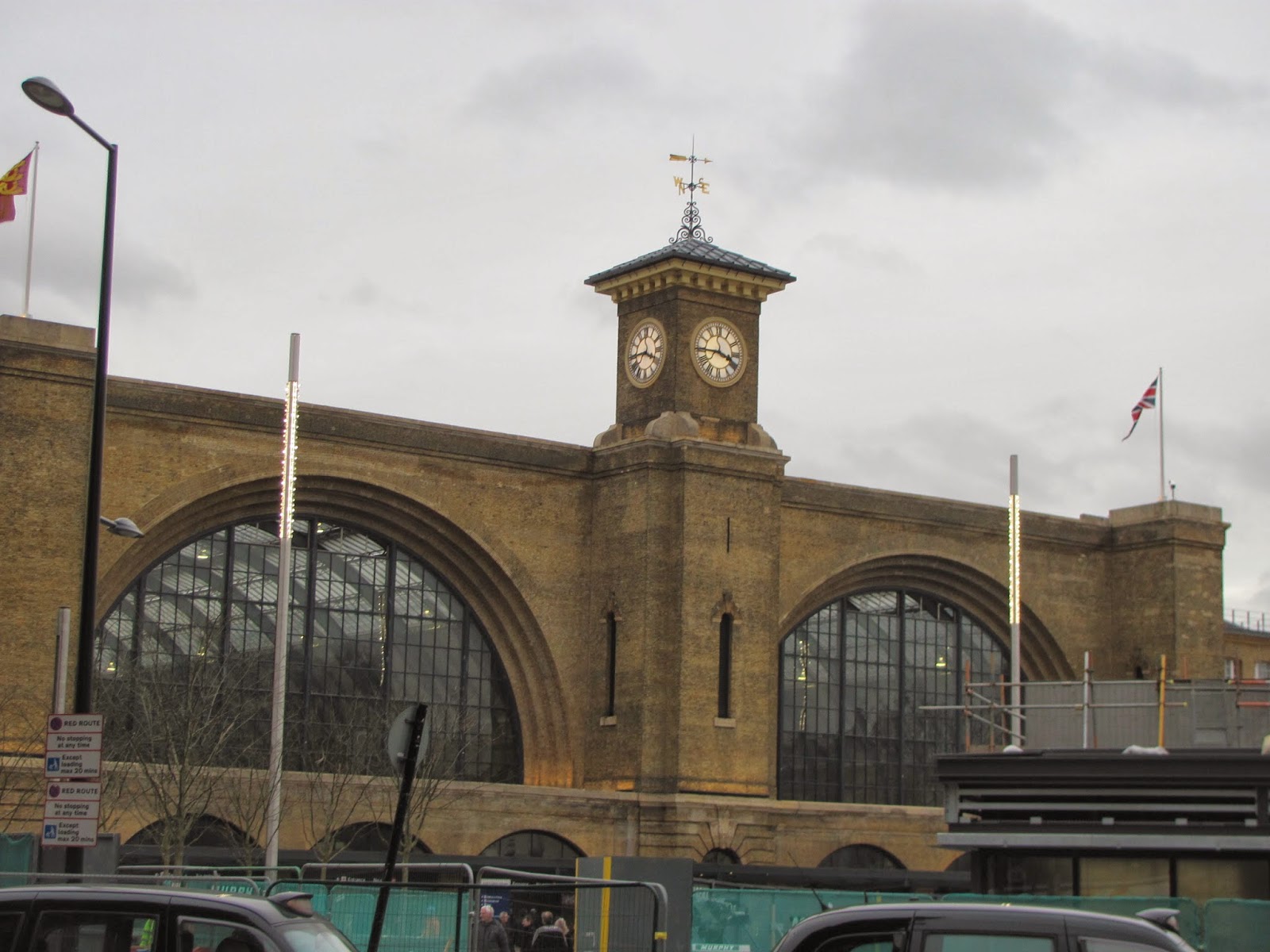 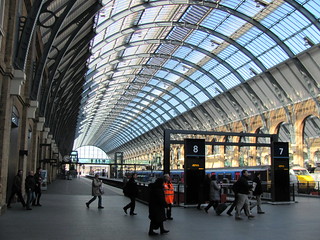 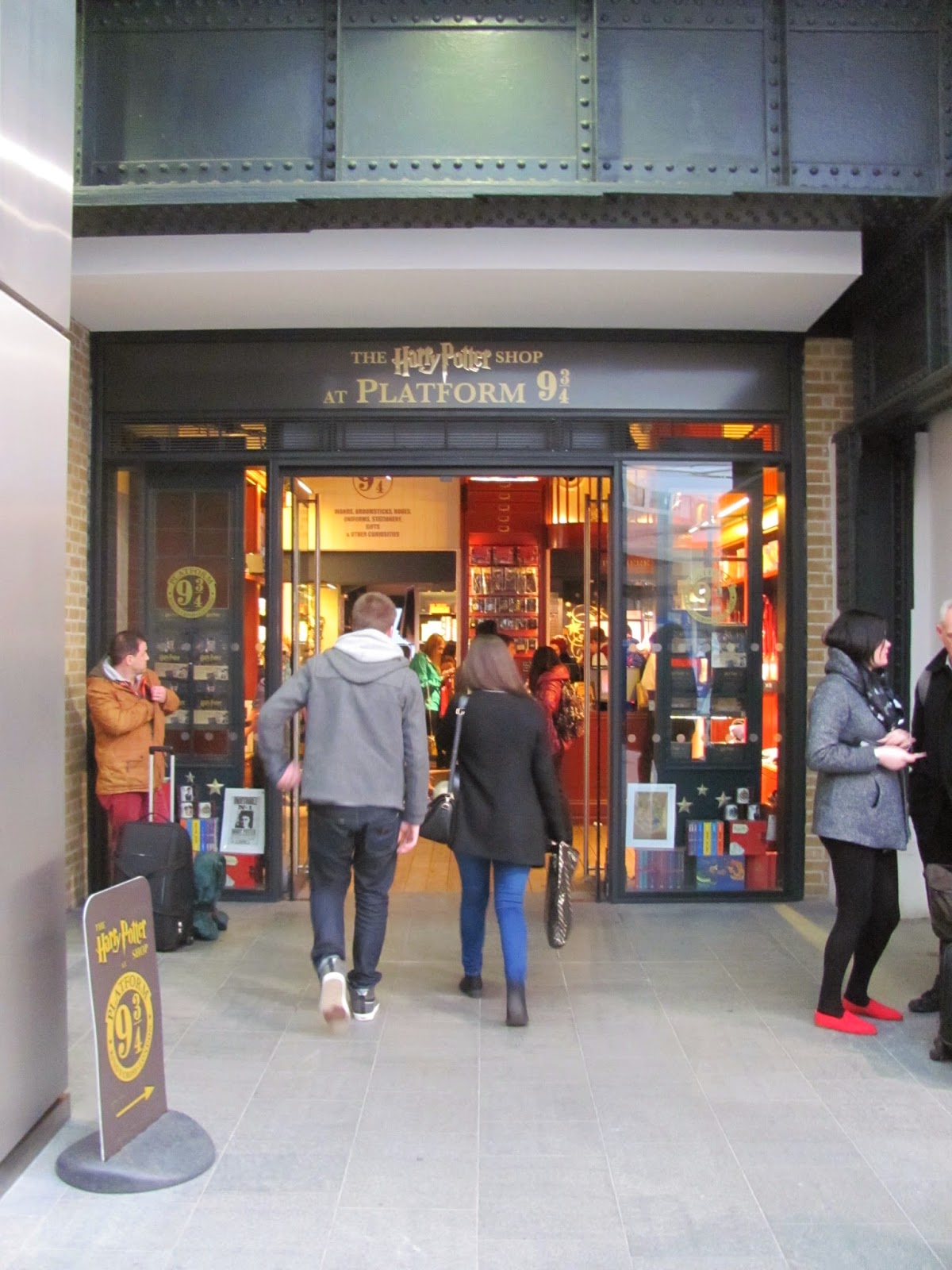 Then I realized I was next to the Library.  Everyone had told me to go to this library, but I had blown them off.  Pfft.  I had seen a Gutenberg before.  I had seen an original Folio.

I had no idea. 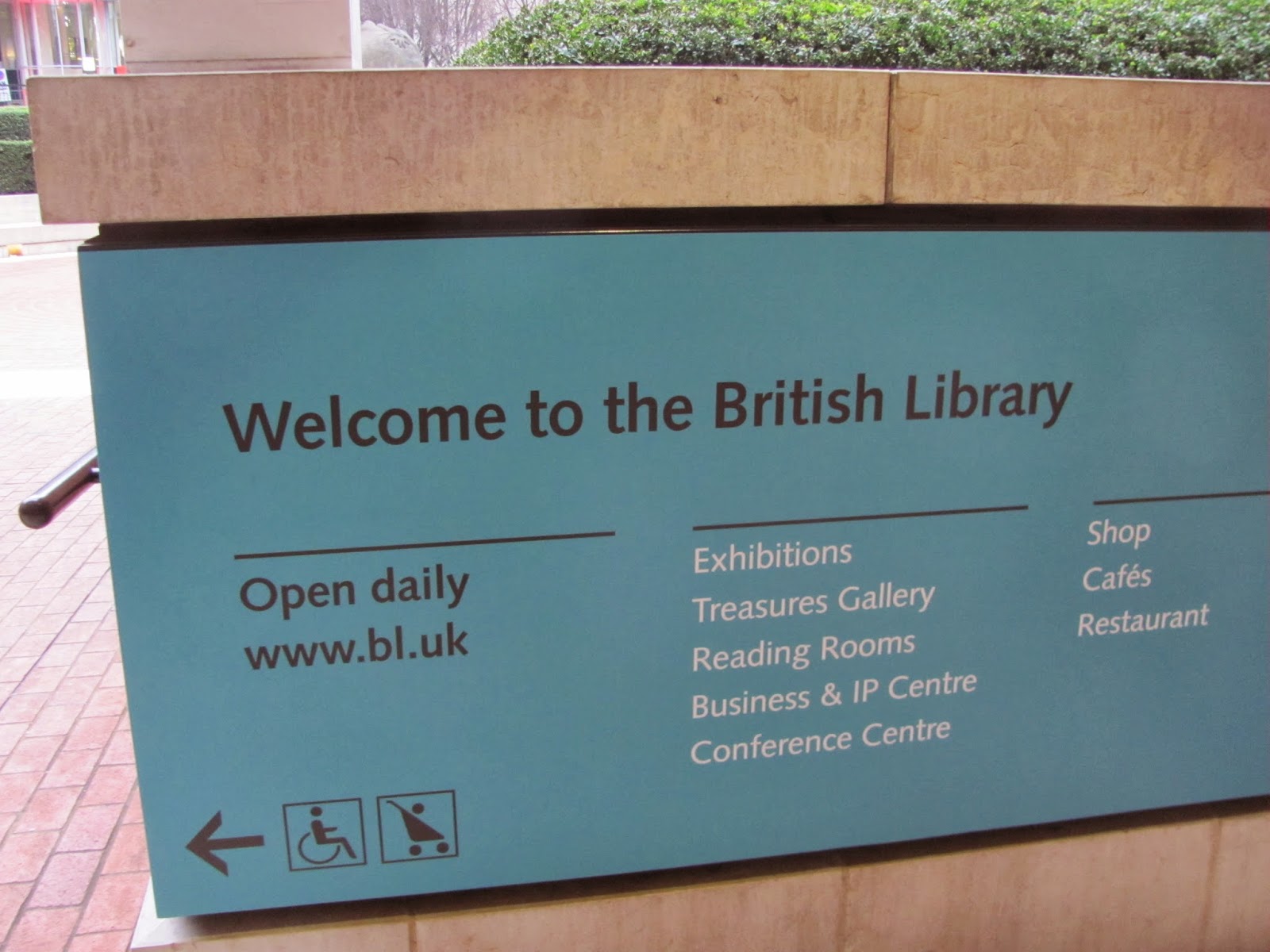 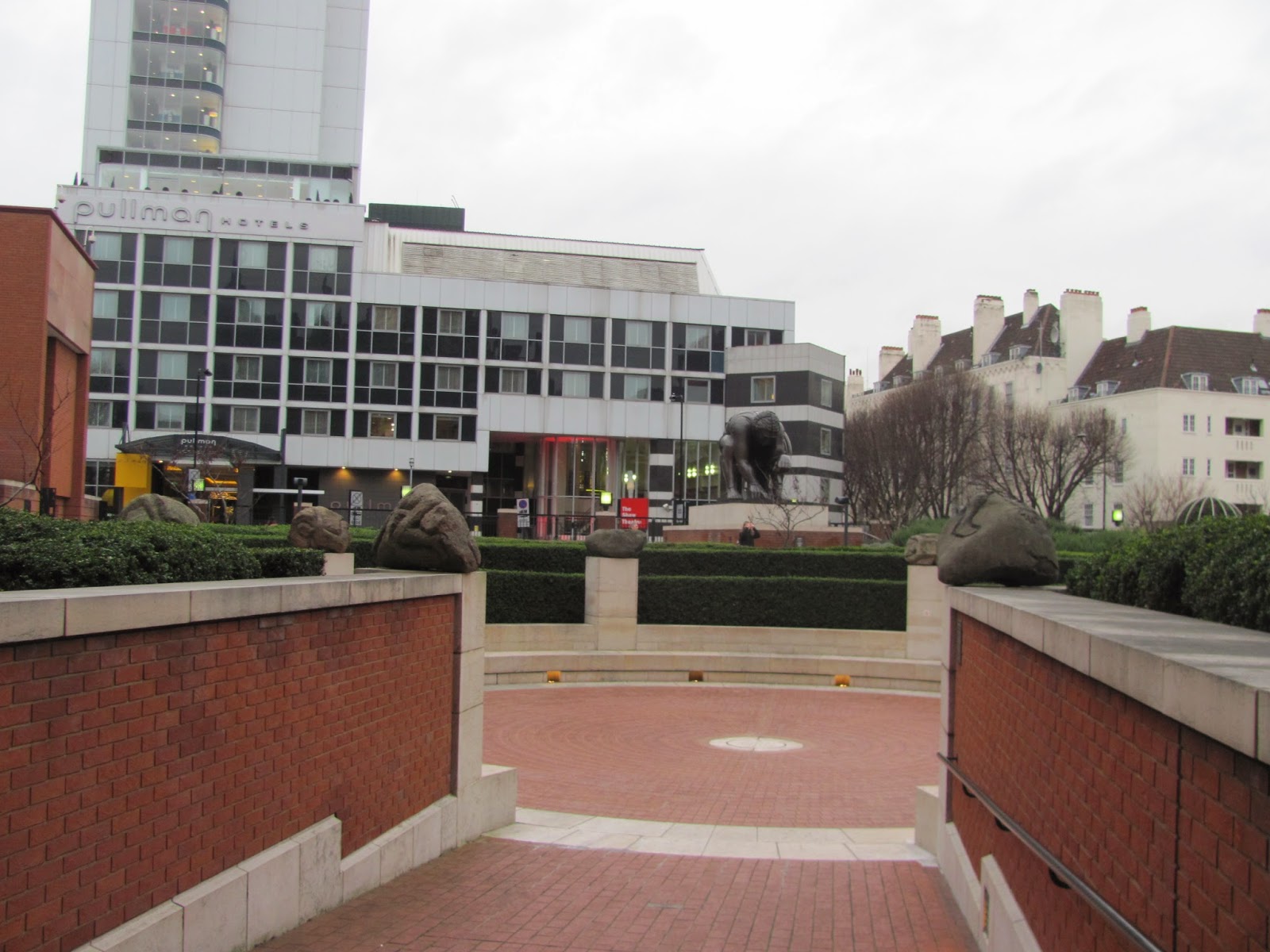 I saw music penned by Mozart's hand, and the sloppy mistakes of Beethoven.  I looked upon the Magna Carta with the only existing seal.  Yes, there was a Folio there.  And drawings by Michelangelo.  And notes by Sir Arthur Conan Doyle.  It was a wonder.

I headed back to my room to get ready for my West End show that night.  Rufus Sewell was performing with Lia Williams and Kristin Scott Thomas in Pinter's Old Times.  I have been a Rufus Sewell fan since Dark City and Dangerous Beauty and was so excited to see him perform life. 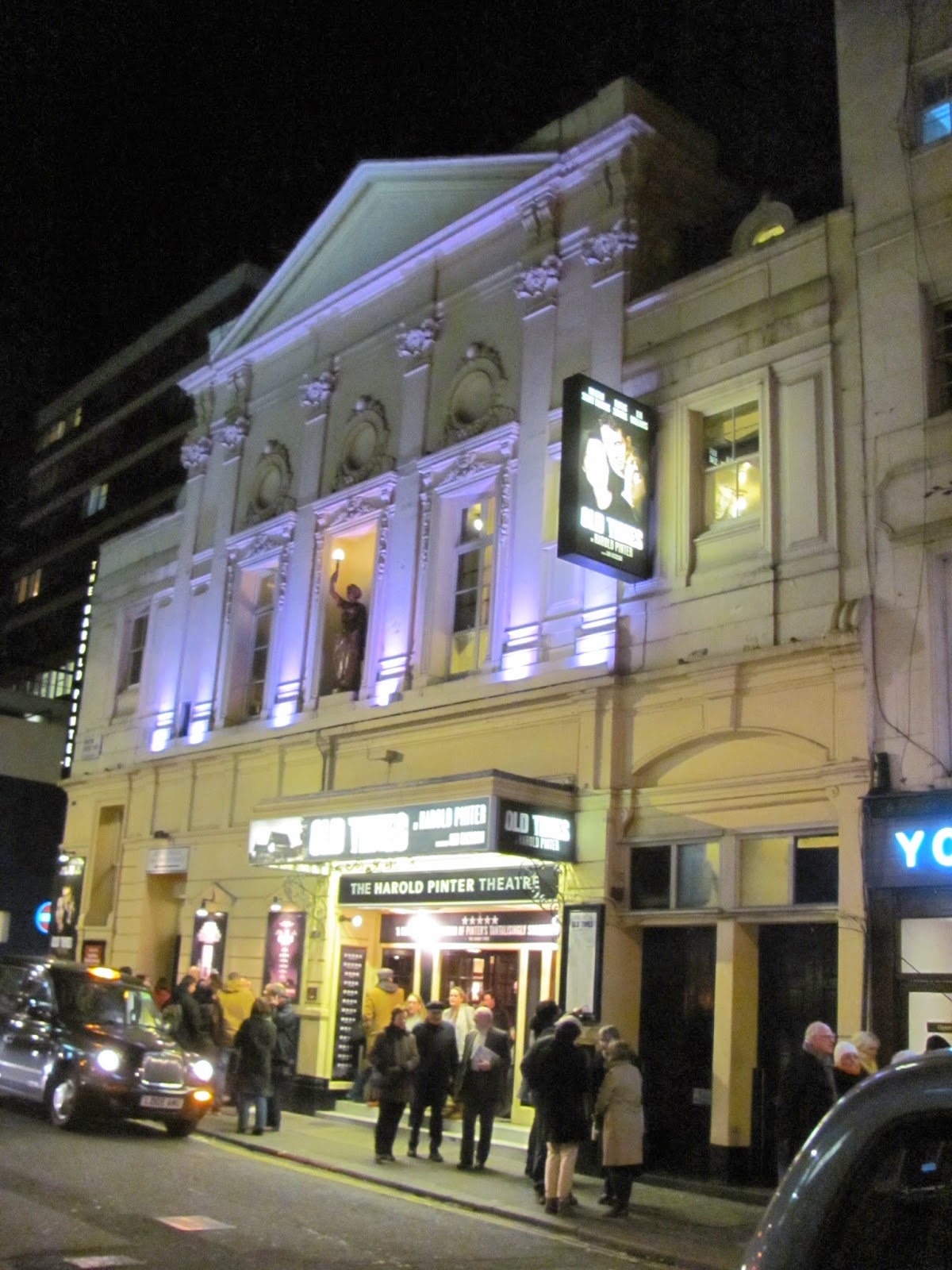 I had bought myself one of the best seats in the house.  And my god... the play.  OH THE PLAY!  It was like a dream.  I walked out of there unable to comprehend what I had just seen.  I wandered Picadilly Circus for a half hour in the dark not wanting that feeling to end.  It was like flying. 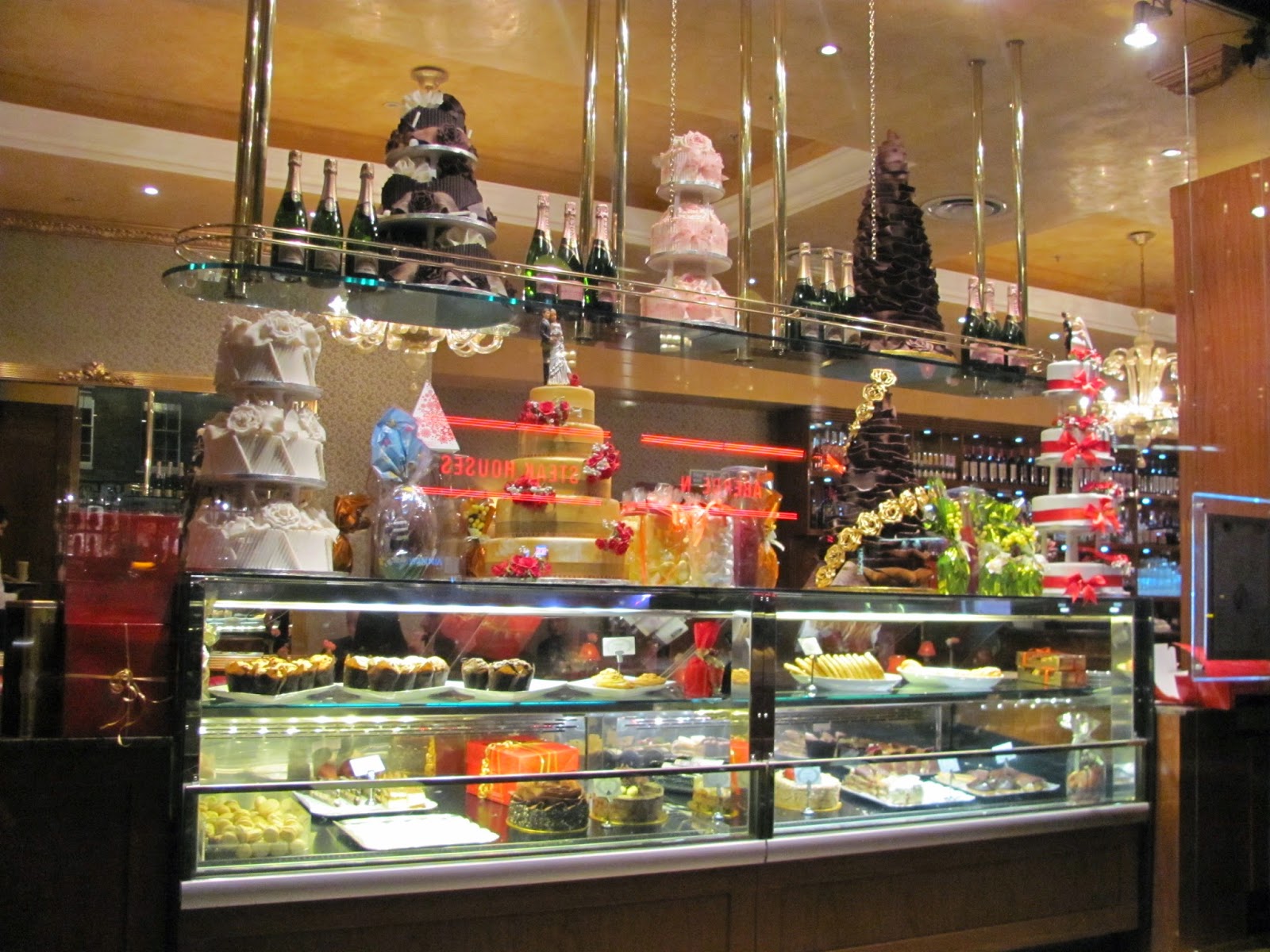 I heard other people on street corners discussing the play and wanted to shout to the world, "ME, TOO!"  When theatre is great, you fall in love.  The lights are gentler, the colors are brighter.  You look at the world through the filter of the playwright's words.  The performances were exciting and nuanced and subtle.  There were moments... oh those delicious moments... when they fell into each others eyes and time stopped.  Everything existed in the pause.  I picked apart the moments and reassembled them in my head as the layers kept going deeper and deeper.

In Los Angeles, actors don't do theater because they love theater.  They do it because they're hoping some director or casting agent will see them and hire them for a film.  I say this as guilty as anyone. That sort of thinking seeped into my own pores.  I stayed in long running shows for ages, not because I enjoyed doing them, but for "exposure".  It creates this cultural wasteland, this world of faux art that is no more real than a backlot facade.  I was a voter for a big awards show in LA and saw 50 plays a year, and was lucky if two or three were good.  And here!  My first show in London!  After twelve years in the desert, to see a play where the play really and truly is The Thing!  I felt like a starved woman gulping the sweet waters of an oasis.  Theater could be wonderful and profound and heart-wrenching and complicated!  It wasn't just the hazy nostalgia of days which had gone by.  This feeling was real.  The power of theater was real.  There were places in the world where audiences were smart and could be trusted with heavy words, and they craved more.  I had seen it!

And in that moment, I knew I couldn't keep doing what I was doing.

And that my time in Los Angeles was done.