For those of you who enjoy horror, I have written the first two installments of the Kindle Serial Reborn: A Dead Man Adventure. 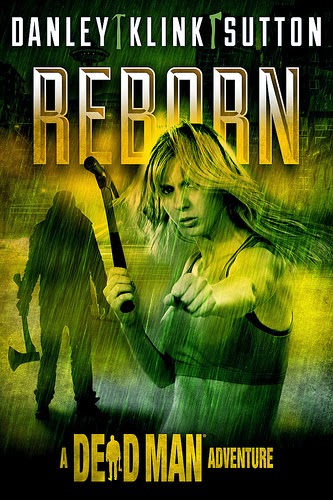 This started off as a proposed project fourteen months ago.  I was invited to contribute a novella to The Dead Man series, created by Lee Goldberg and William Rabkin (Monk, Psych, SeaQuest).  Many months and rounds of outlines and ideas later, there was a proposal to reboot the series, and here we are with book one.  Yours truly, Lisa Klink (Star Trek: Voyager), Phoef Sutton (Cheers), Lee, and Bill gathered around Lee's kitchen table and we spent a sunny Saturday morning plotting it out.  I wrote the beginning, passed it to Phoef, who wrote the middle, and passed it to Lisa, who finished it up.  And Lee and Bill oversaw the whole thing, running the sort of ship that would make a showrunner proud.

This will be released in fifty page increments over the course of several months, just like the old newspaper serials of old.  I, again, would caution that this is horror, so only go into it if you dig gore and ick.  But if that's your bag, boy do we have a bag full of blood and guts for you.
Posted by Kate Danley at 7:12 AM