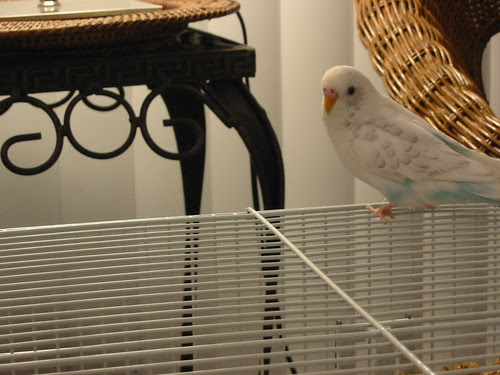 Wednesday, April 4th, I heard an odd fluttering sound in my birds' cage.

Jerry had been sick since Saturday. It seemed like he had hurt his foot. He couldn't put any weight on it and every landing was a crash landing. He was eating like a champ and his energy was up, so I didn't worry too much.

I separated him out from his friends (birds sometimes will attack a sick bird.  At first, I found this awful, but having spent some time with birds now and realizing how sentient they are.  They bond and mate for life.  I wonder if it is almost their version of euthanasia.  Better to die quickly at the hands of your flock than to fall from your branch and be eaten), but Buddy seemed really distressed to be separated, so I let them share the same half of the cage.  Buddy sat vigil the entire time.  They had been cage mates for almost nine years.

Jerry was the sweetest little guy.  He was the lover.  He was always shy and polite, but once he saw you were okay, he would preen anything that stood still.  Whenever any of my birds got ill, Jerry would actually nurse them to healthy, carrying them food and water like a mom would for her chicks. 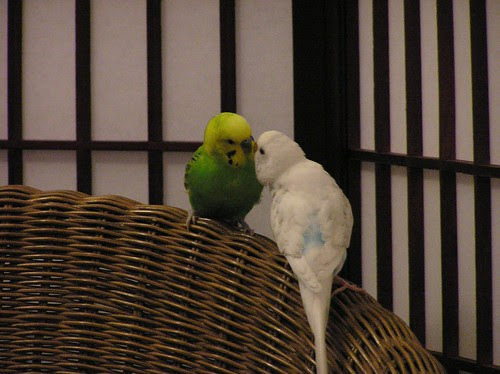 Every night, he would come over to the edge of the cage and sit patiently until I put my nose against the bars. He'd then give my nose a goodnight kiss and then fly off to settle in for the evening. 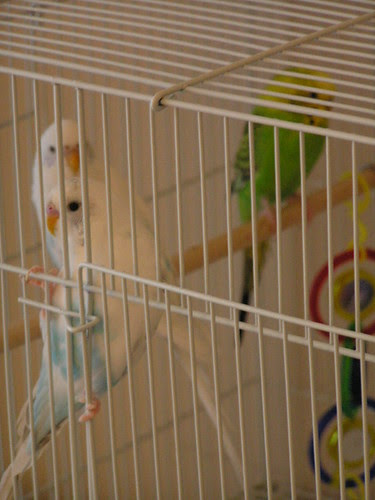 I made this movie of his second birthday party, for those of you who have hung around this blog for awhile. 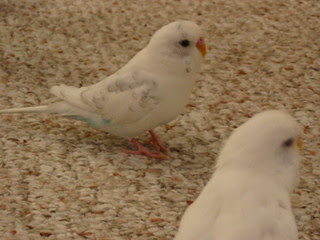 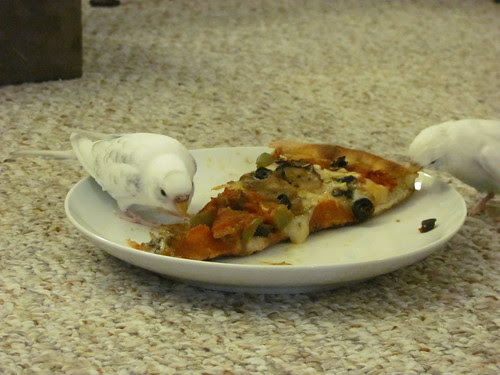 His favorite game was climbing around on wicker and chewing up my chair. 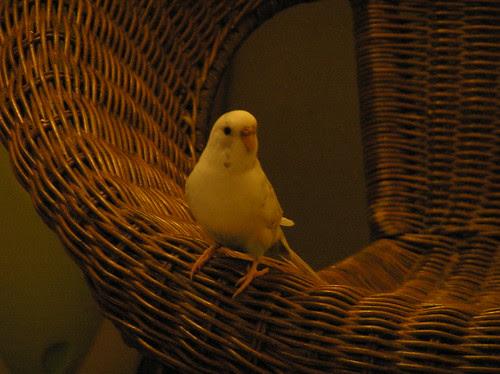 He would follow Buddy to the ends of the earth. 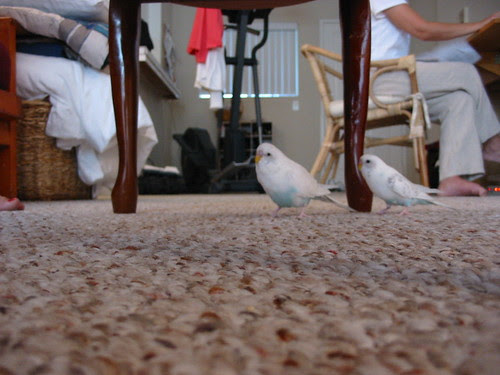 They tried their best to make everyone feel a welcome part of the flock. 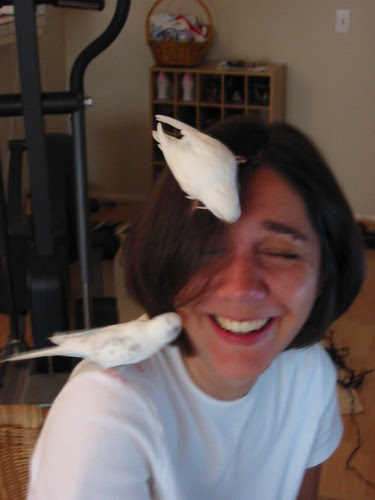 On Tuesday, I had taken Jerry to the vet and learned that it wasn't that he had hurt his foot. He was suffering from degenerative nerve damage, possibly a brain tumor, which is common in old birds. I brought him home and we watched his favorite movies and got him his favorite foods.

When I took the cover off his cage on Wednesday, he was down on the bottom. I took him out and we sat together with the windows open, listening to Mozart. He passed away sitting in my hands as I stroked his ears and told him how much he was loved.

I buried him beneath a tree with his old friend, Todd, who passed away a few years ago. They both rest at the LA Pet Cemetery. The people there are wonderful and I've gotten to know some wonderful strangers who are grieving the loss of their fluffy family members, too. The plot is large enough that when the time comes, all of my guys will be able to be together. But until then, we all miss Jerry terribly. He was a good egg. 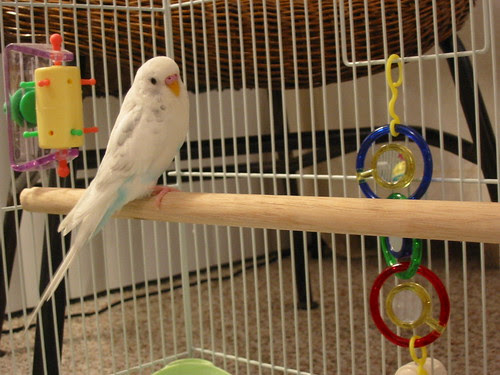