Who has two thumbs and is hitting the Phoenix Comicon? About 14,268 people. Including this gal!

Out Of Character, creator of the Sock Zombie 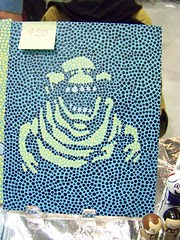 And yours truly for a Phoenix Comicon Weekend of AWESOME!

Out of Character's legion of undead foot warmers will be there to take over the world. Hope you have prepared your survival kit! Mr. Giddy will be off signing and inking, so stop by his table for all the low down on Batman. And then Giddy Girlie has been kind enough to share her table with me to host a Woodcutter signing event! 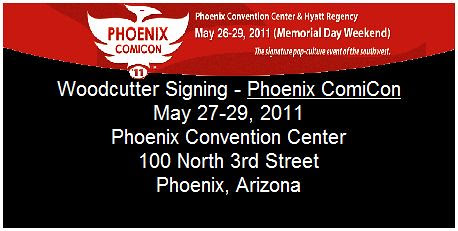 My kid sister has also decided that dogs are pretty super, and deserve their own superhero status, so get a super bow for your super pet! Christy Bows! Doo-doo-dooo-DOOOdle-dooo-DOOO! (that was heroic superhero music being played on a trumpet)

My brain is about to explode from all the awesome That Will Be Had. PREPARE THYSELF!
Posted by Kate Danley at 4:54 PM