Giddy Girlie and I headed down to Sea World to celebrate our nation's birthday. They say a picture is worth a thousand words, so I'll let the photographs do the talking. But one moment etched brightly in my mind was at the end of the evening. The park was closed and there was no one but Giddy and I. We passed by the orca tank and there was this plaintive little cry coming from one of the whales. It looked like they separated the male orca from the females for the evening and one of them was not having it (ah, young love...). The pool was level with the sidewalk and we stood there in the dark listening to her talk. The sounds were as clear as human speach as she begged to be allowed over to play. We found ourselves talking to her, reassuring her that it was going to be okay, like you do to an overly tired child. She turned her body towards us and starting blowing air out of her blowhole. We stood there for awhile, Giddy dashing off to try and grab some pictures, but as we started to walk away and the orca followed us. We stopped when we realized what she was doing and then she stuck her head right out of the water, about a foot away from where we were standing. We stood there for a moment and then Giddy said, "Is this really happening?" And then, before she could grab her camera, the orca slipped away. 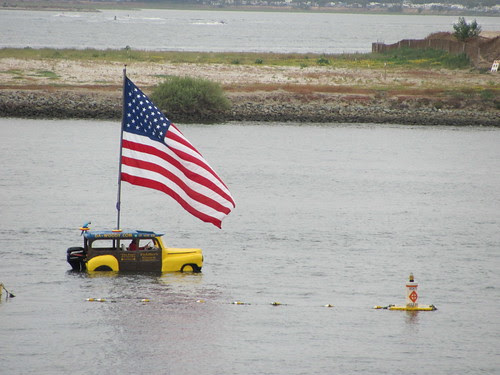 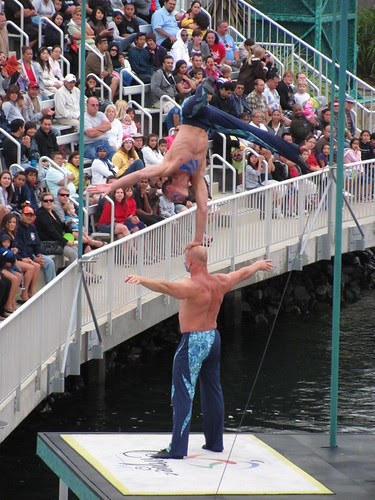 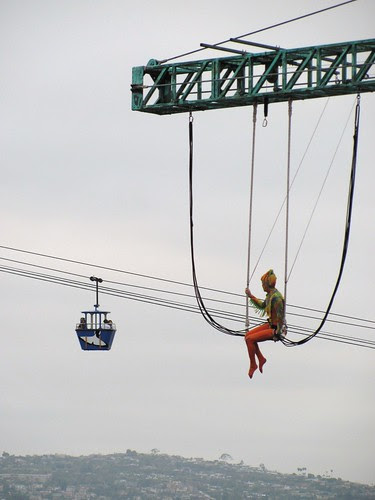 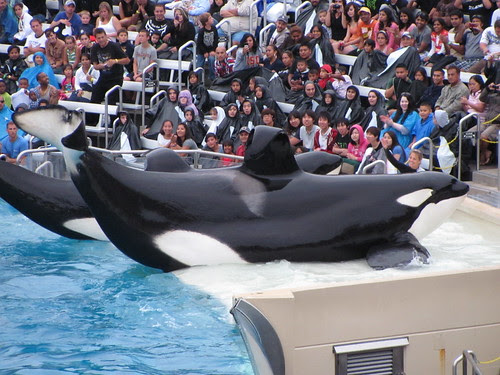 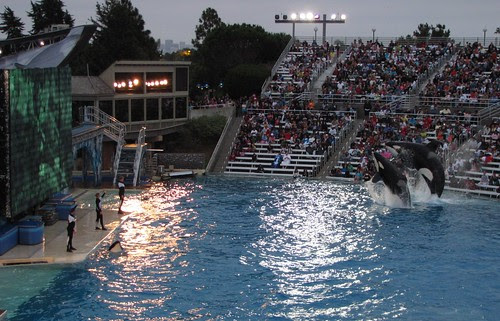 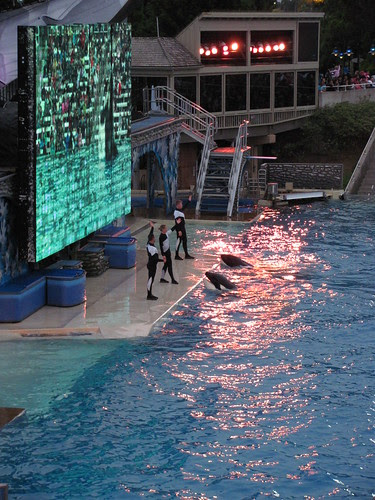 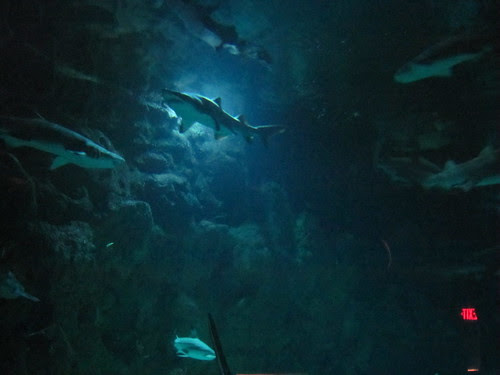 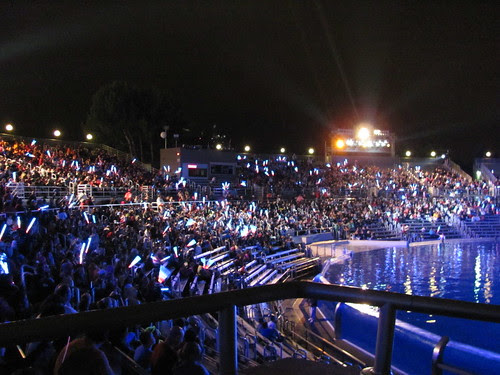 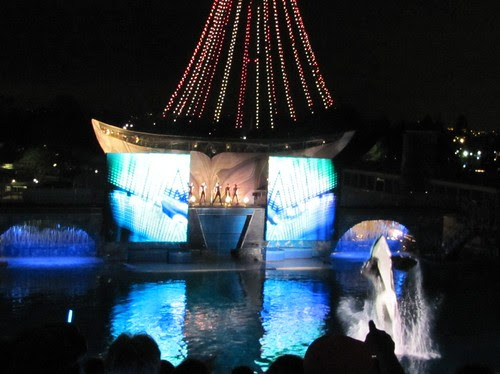 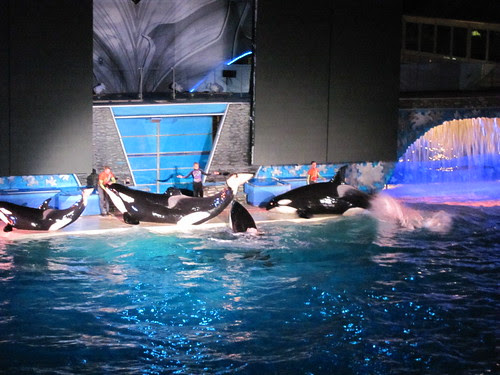 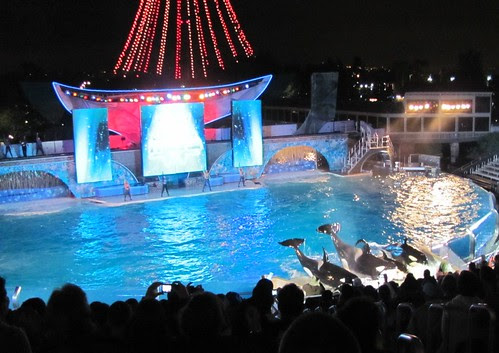 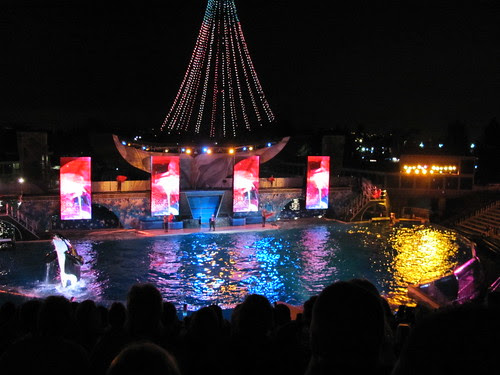