Due to the size of our cast, I only get to perform in Hollywood Dreamrole about once a month. But no blockbuster movie without a budget is complete without an unpaid P.A. position. Enter yours truly. Several of us kids rotate through this visible running crew position, helping to set up the scene with random bits of furniture, pull out the green screen, and write down the names as they are thrown out onstage on a whiteboard for the cast to use when they blank on who the heck they are talking to.

So I got to come out and play this past Friday with guest star Kevin Farley, Chris Farley's brother. His dreamrole was Jimmy Stewart in "It's A Wonderful Life". The audience retitled the show, "It Doesn't Suck After All".

When the guest star arrives, we run through some warm up exercises. Poor Kevin had to miss our Wednesday rehearsal to do a standup gig with some SNL alumnae, so he was thrown into the deep end. After running through the show, we take the guest star backstage and film the opening credits in front of a green screen. 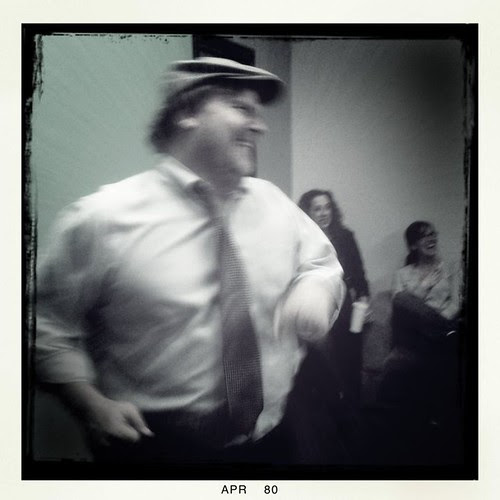 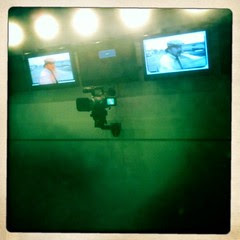 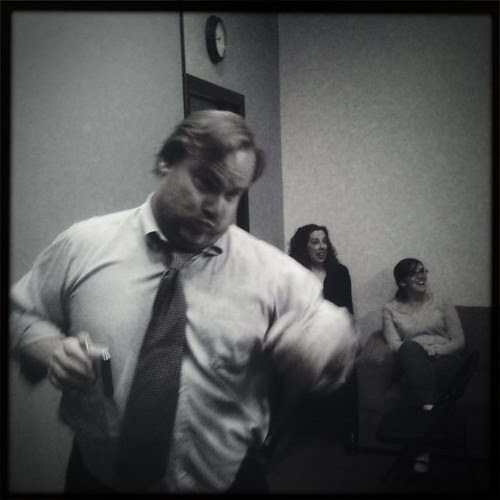 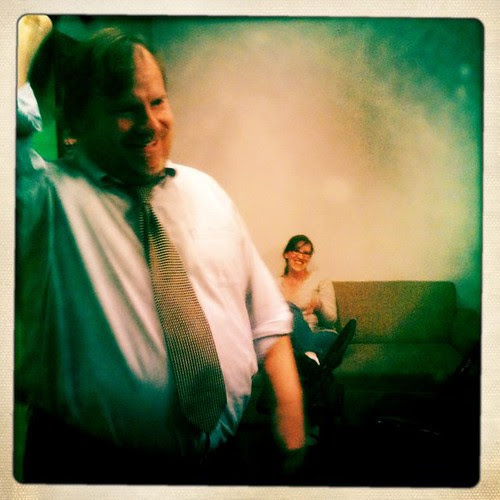 We have a suit of armor backstage and Kevin kinda crushed on it a bit. He dubbed it 'Eff-face (just keeping things worksafe) and stated we had to touch it for luck before going onstage. So if kids twenty years from now at the Acme are rubbing a faux suit of armor before every show, the tradition began this past Friday night.
Posted by Kate Danley at 8:03 AM