Last Friday night, I got to do Hollywood Dream Role with the fantastically talented Elaine Hendrix. 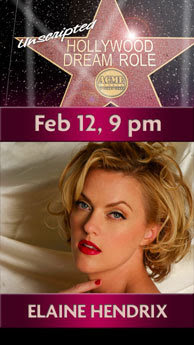 I can't even imagine how mindblowingly terrifying it would be to step out onto stage and improvise with a rowdy bunch of random actors and Elaine rocked it hard.

Her dream role would be to star in a romantic comedy/horror film. 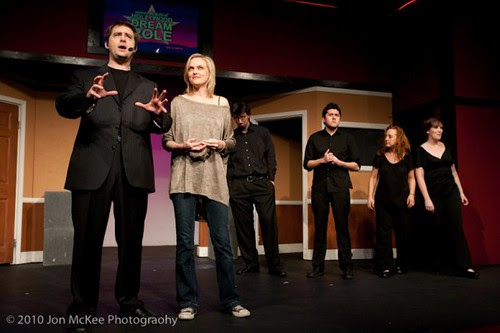 So we were happy to oblige.

It ended up that she was a rich girl engaged to a rich boy, until their car hit a snowbank and flipped. Pulling herself from the wreckage, she found a sad little cat. And then passed out. She woke up to find herself alone in a creepy mansion with a murderous madman. Meanwhile, a poor mechanic from the wrong side of the tracks, well, his truck broke down and he sought shelter in the mansion and stumbled upon Elaine in her solitary confinement.

Turns out the cat was evil. 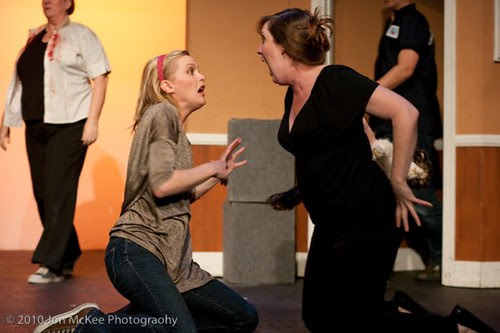 And was controlling the madman. 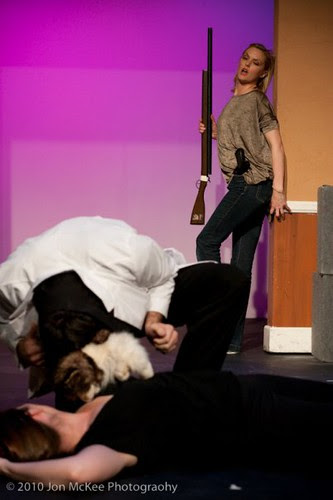 And Elaine had to kill it with a gun she named AIG. Or Goldman Sacs. Or Wall Street. I only heard the naming scene. I was playing the corpse at the time.

It was an absolute hoot and one of those shows where you go, "Only made possible through the power of improv..." 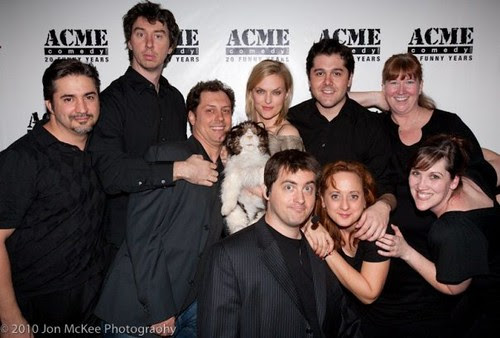 The Acme Comedy Theater is undergoing a really exciting renaissance right now and I am so excited to be a part of it. Hollywood Dream Role, Theater Sports, the sketch shows... It's pretty cool to get to play with this pack-o-awesome!
Posted by Kate Danley at 9:52 AM